We are proud to present the revival of SAOUTCHIK Coachbuilding.

On August 18th, 2016 the exclusive rights for the Saoutchik brand were acquired by the partners of Saoutchik BV, a company established and registered in the Netherlands with the mission to provide automotive design, engineering, coachbuilding, non-automotive industrial design, and production of very bespoke and limited series of exclusive vehicles.

Saoutchik B.V will meet a growing demand of personalization and exclusiveness, beyond the limits of the large-scale series-production. Advanced techniques help accelerating design and testing on parts, accessories and systems as craftsmen are supported by computer technology, tooling and modern processes.

The Saoutchik B.V bespoke activity is one of a kind as the development cycle of the company encompasses every stage under the same company’s responsibility: from design sketch to manufacturing of limited series of exclusive vehicles.

The company’s core mission and vision are to revive and build up the Saoutchik brand perception back to the future with a luxury vehicle experience that is fueled by historical nostalgia and emotion.

Saoutchik B.V achieves this by embracing the DNA of world’s most iconic design classics and skillfully and respectfully remastering the concept to meet the demands of modern day life. The key attributes of this company will be: 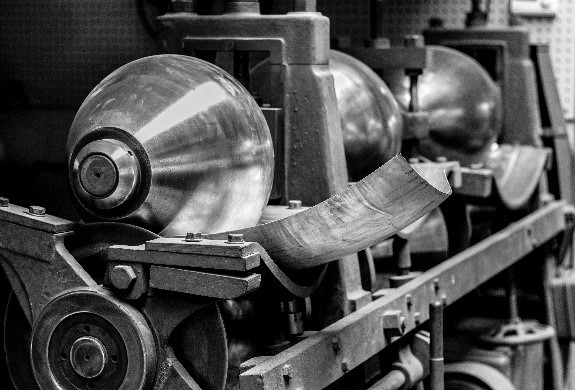 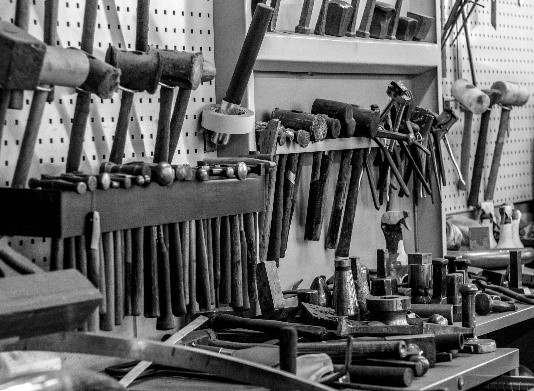 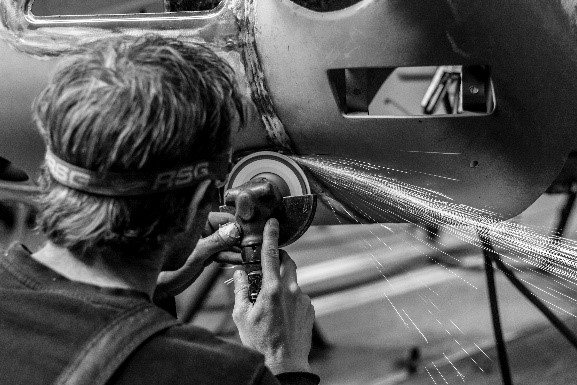 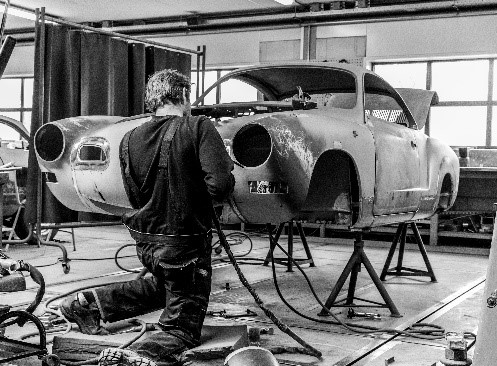 Founded by cabinet maker Jacques Saoutchik (born Iakov Savtchuk in Russian Empire in 1880), Saoutchik was a top-class French coachbuilding company founded in 1906. In the 1930s the company became famous for their high quality and often extravagant designs. After Jacques died in 1955, the company passed into the hands of his son Pierre. With the great French luxury car manufacturers all going out of business, the market for the ostentatious Saoutchik designs evaporated and the company ceased trading in 1955.

They styled flamboyant and expensive automobile bodies for classic brands such as Bugatti, Delahaye, Pegaso, and others. The fabulous, extraordinary, extravagant, spectacular works of art that Jacques Saoutchik designed and manufactured were among the greatest coach building industry has ever seen.

The story of Jacques Saoutchik and his life spans eight decades, two world wars, a flight from Imperial Russia, incarceration, the birth of the automobile and its design, the Great Depression, the heyday of the Carrosserie D’Automobile Luxe in France and its subsequent annihilation – all set against a backdrop of glittering socialites, artists, demi-mondes and couturiers who populated the chic salons of Paris. It was an endless pursuit of elegance, a merry-go-round of the rich and famous – by blatantly ignoring the facts of life, which in the end found itself obliterated when the music stopped. It was a way of life that was trampled by the most fundamental political and social upheavals the world has ever seen. On top, Jacques Saoutchik lived a personal life which for decades involved maintaining two completely separate families, each knowing of the existence of the other.

Saoutchik wanted to cater to the top class. Within a few years, Jacques Saoutchik established himself and his small company by attractive designs, meticulous work and high quality. Design wise Saoutchik took every possible risk. Nicknamed ‘Viollet-le-Duc’, he never hesitated to embellish with chrome or even gilt. Obsessed with form, visual magic is what he was after. That ‘visual magic’ was expressed in the brightwork appliqué that adorned so many of Saoutchik’s bodies, highlighting the dominant lines of the coachwork.

Other coachbuilders appreciated the graceful flowing contours of Saoutchik’s bodywork: “He was a real craftsman, that fellow,” said Howard ‘Dutch’ Darrin of Hibbard & Darrin. “He was also one of the few coachbuilders in France then who wasn’t copying us in some way. I particularly remember his beautifully finished interiors. Yes, he was definitely a man with his own ideas.” Those ‘own ideas’ included many daring novelties like transformable bodies, cars with removable windshields, parallel opening doors on pantograph linkages, but it was that love of ornamentation for which he is particularly remembered.

The outstanding and elegant Transformables, Cabriolets, Coupes and Town Cars of Jacques Saoutchik for many years represented the essence of Parisian chic. They regularly were distinguished by collecting awards and prizes in the cherished Concours d’Elégances of Paris and the fashionable resorts at the Atlantic coast and the Côte d’Azur.

Coachbuilding is the process of taking an existing car and redesigning/reworking it into a new bespoke vehicle. This means keeping things like the chassis, drive train, crash structures, safety features and other bits of the donor car remain untouched for safety and factory warranty reasons. Only the look of its exterior or interior are altered extensively.

The Saoutchik brand has been revived in 2017, believing that the market demand for beautiful, hand-crafted coach-built motor cars, built in small numbers to an extraordinarily high standard, has returned. These haute couture criteria had traditionally been the driving force for Saoutchik’s production, where the customer’s own preferences and taste can be accommodated.

The Saoutchik rebirth reintroduces the company’s traditional coachbuilding industry, bringing together the talented design team of Ugur Sahin Design and skilled craftsmen under one roof, with the aim of preserving and maintaining the art of coach building, whilst also integrating the most advanced engineering tools like CAD engineering, 3D printing and CNC machining. 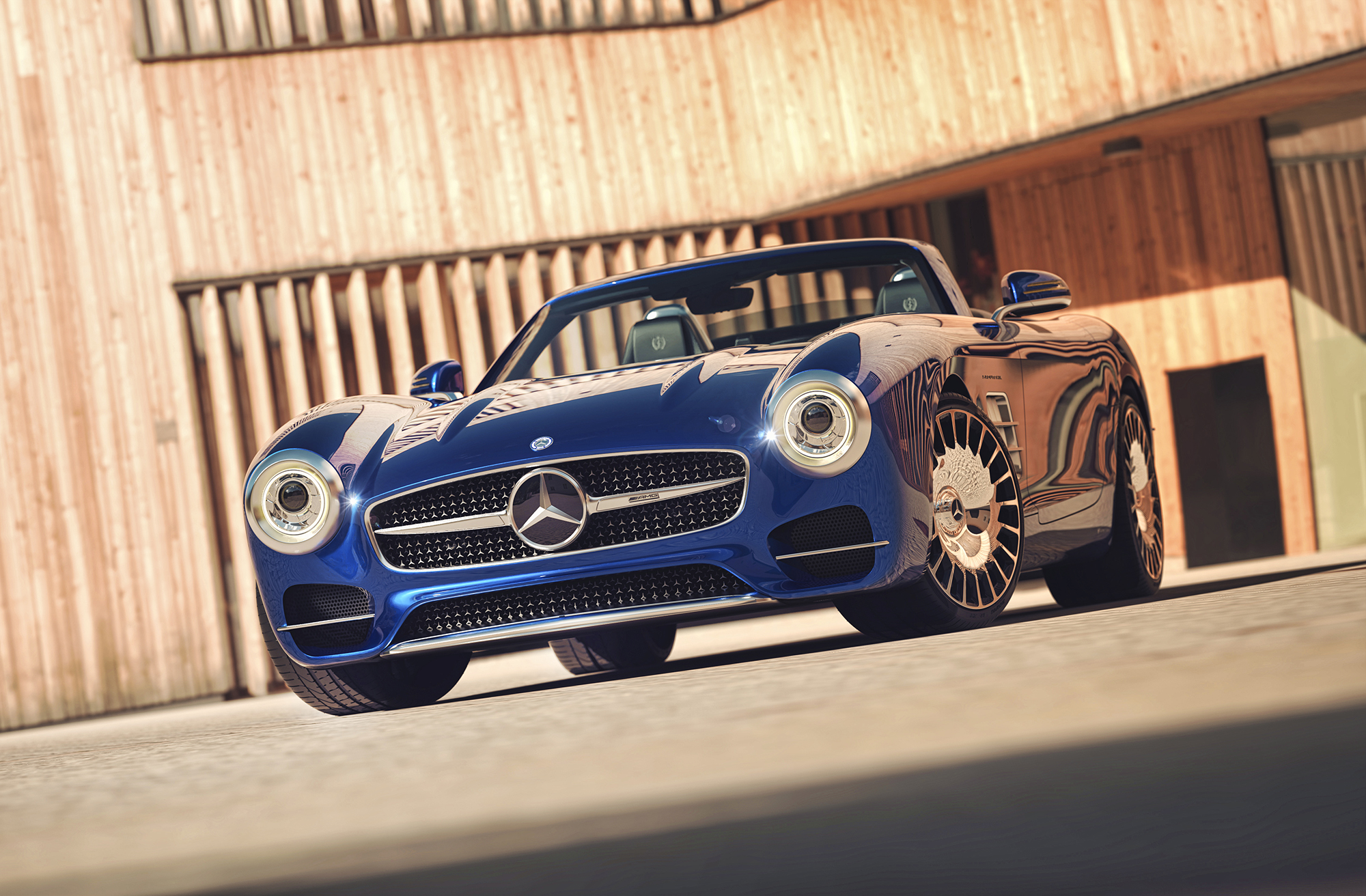 The Saoutchik 300GTC Roadster story is quite simple. Embrace the DNA of one of the world’s  most iconic design classics and skillfully and respectfully remaster it to meet the demands of modern day life.

The Saoutchik 300GTC Roadster by Saoutchik is a handcrafted masterpiece with all the style, technology and engineering excellence that encompasses our ethos, whilst retaining all the spirit and personality of the iconic Mercedes 300 SL.

The Saoutchik 300GTC Roadster is a fully engineered and coach built Grand Tourer, taking over 4,000 hours to meticulously hand build by the artisan craftsmen and skilled technicians.  Its hand formed body panels will be perfectly formed with the original tools Saoutchik used. Combined with the implementation of state of the art 5-axis CNC technology Saoutchik is able to build with accuracy that could rival any mass-produced vehicle.

Ahead of each vehicle’s build, the owner is consulted carefully with our design team from Ugur Sahin Design to create a vision that is truly unique to them and their lifestyle. A limited production capped at 25 vehicles will be made available to the enthusiast collector. The body conversion takes 12 months from receiving the donor vehicle to be finished.  As this car is all about you, with countless possible combinations of exterior and interior color, trim, features and accessories, you can be certain that your car is completely unique. Just like you. 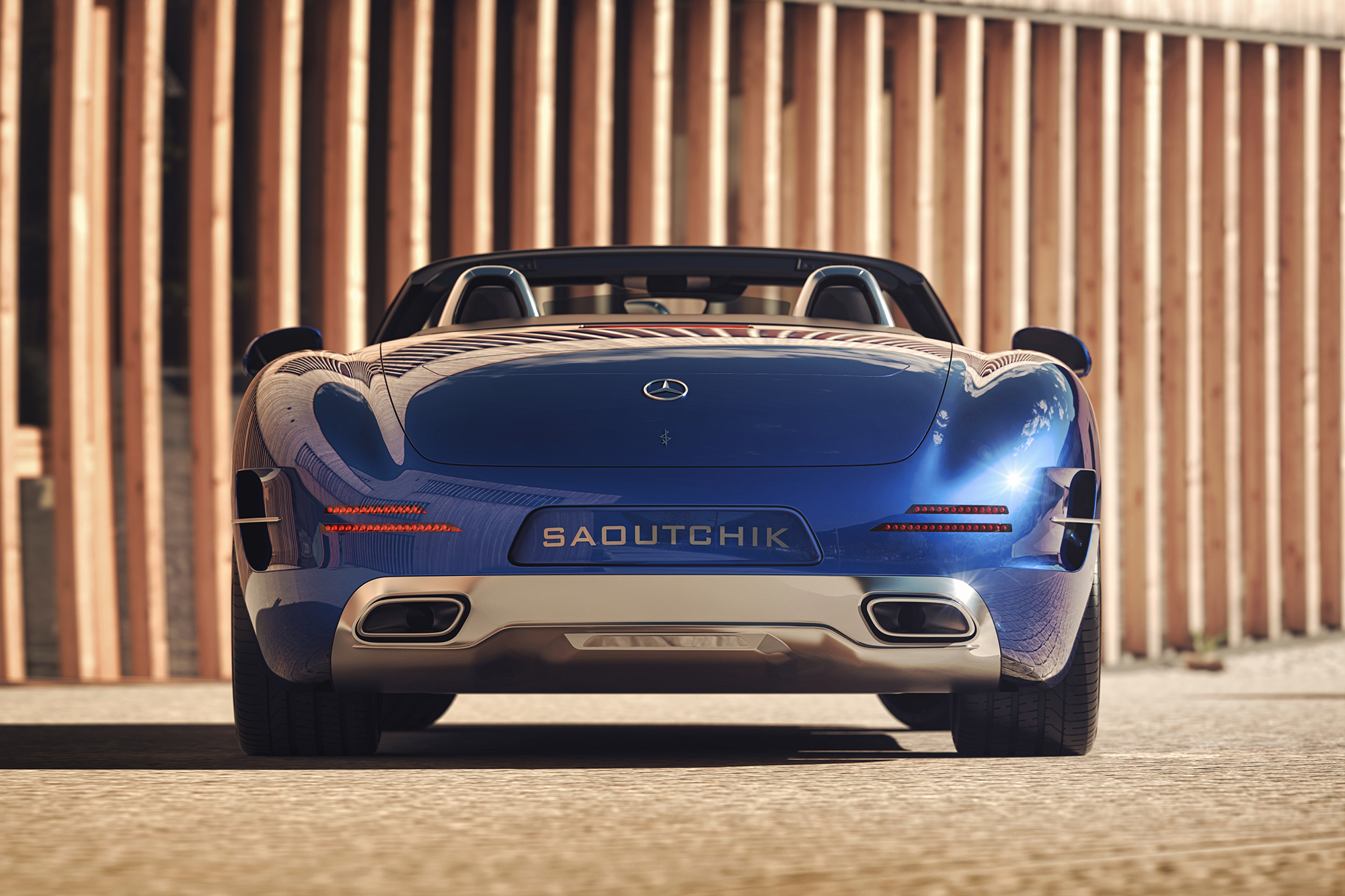